Ethereum worth more than Turkish lira and Norwegian krone A little over two weeks ago, I wrote about the value of ETH versus fiat money, with an emphasis on the Russian ruble. ETH is up 35% during this period, so a good time to look back.

As can be seen from Coinmarketcap’s data, Ethereum is ranked number 27 by market value. This is 13 spots below bitcoin, which has not moved a single spot in the same time period. Ethereum is four spots higher than two weeks ago.

Ethereum is under the Polish zloty, which is still number 26. But ETH has gained territory against the Chilean peso, the Norwegian krone and the Turkish lira. These fiat currencies are now worth less than Ethereum, and that is a big win.

Russian ruble is crawling back up

In total, there are 101 currencies on Coinmarketcap’s list, with Bitcoin being the highest ranking crypto in the list at number 14, below the Swiss franc, but above the Thai baht. The comeback of the Russian ruble is however striking. 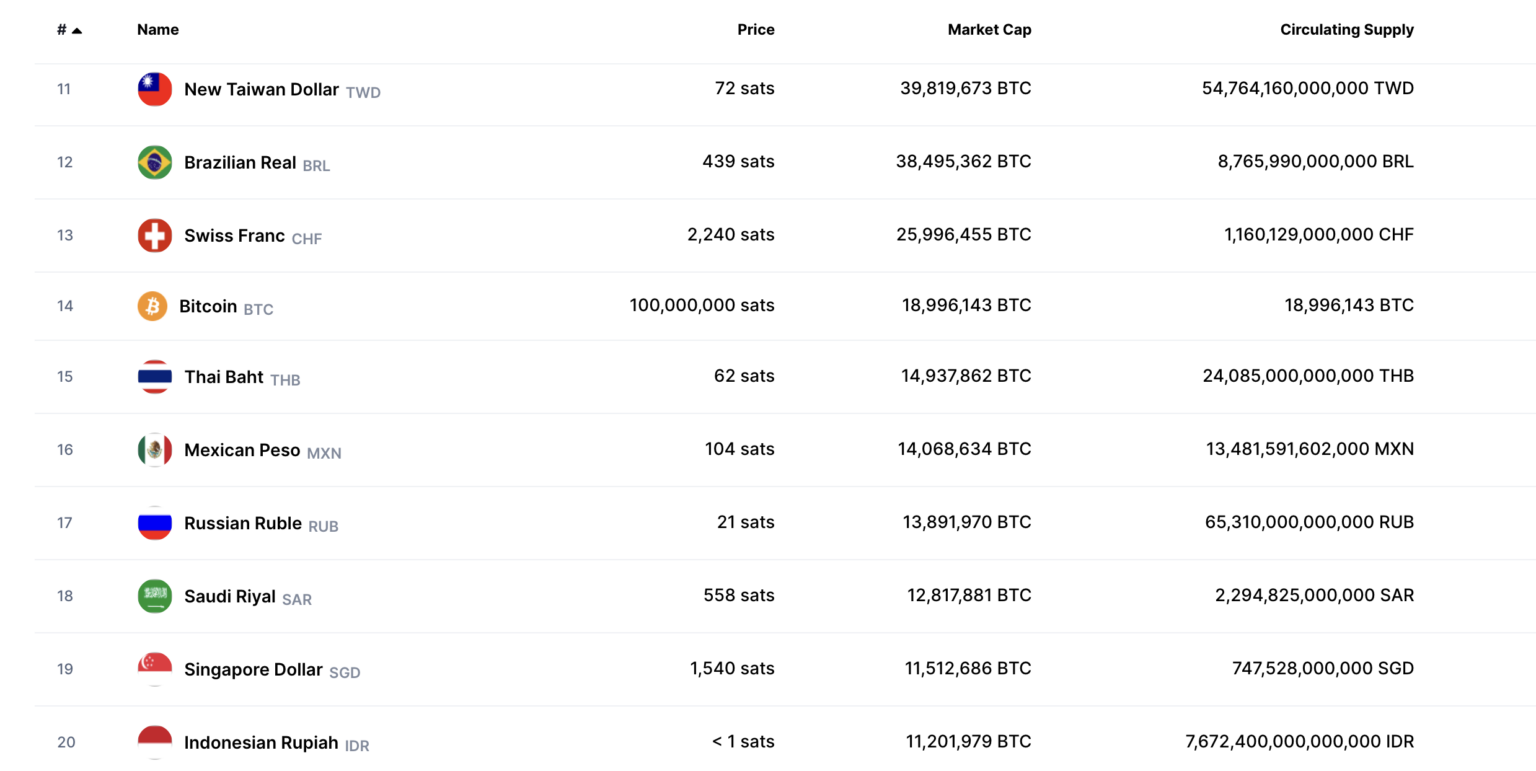 Two weeks ago, this coin was still in place 25. That is eleven places difference with bitcoin. Ethereum came pretty close at the time by six spots, but since then the ruble has risen in market value. Right now, the ruble is back on the heels of bitcoin, with only two spots in between.

Market cap back above 2 trillion

Ethereum, like Bitcoin, is on the rise again. The crypto market was booming last night, with Ethereum up 7% from the day before. The market seems to be slowly turning bullish again as fiat currencies are depreciating against BTC and ETH.

‘Foolish’ to deny Bitcoin price can go under $10K — Analysis